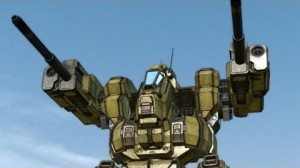 So… I have a dirty little secret.  I like bjs.  And of course, by that I mean the Blackjacks from Mechwarrior Online.  In honor of its recent release, here is what I feel is the best blackjack build, as well as an in-depth analysis of its features, strengths and weaknesses.

Okay, so first, a disclaimer. Don’t use the Blackjack if you want to be very competitive.  While it does have some advantages and niches it fills, it simply does not bring enough firepower for its size or is fast enough for its firepower (whichever way you may want to look at it).  True tonnage limits/restrictions in the future may change this.

You have a lot to overcome piloting a Blackjack.  First, you’re the butt of all kind of sexual jokes, and you’re not even overpowered to make yourself better about them. More seriously, you have a very large profile.  Many comparable ‘Mechs have 15-30 tons on you.  Your engine choices are rather limited, peaking at 350 ER.  Mismatched hard points aren’t doing you any favors, and the lack of hands makes some of these hard points difficult to aim at times.  While your hitboxes aren’t awful, they’re nothing to celebrate either.

However, there is some good news.  You can always buy another ‘Mech.  Still here? Alright, I guess I have to finish this.  Your lack of hands and profile actual do give you a solid advantage in both poptart sniping as well as playing tag around cover.  Plenty of jump jets complete this sweet guerilla warfare strategy. Other pilots don’t prioritize you as much as other ‘Mechs, to the point where you aren’t targeted as much as your damage output vs durability ratio would suggest you should be.

So, after more hours in my Blackjacks than I care to admit, here is my BJ-1 I’ve settled on with them, for solid performance in both pugs and premades.

The ER PPC is there to take advantage of your impressive poptart sniping ability, and your general ability to get places other pilots don’t want a 45 ton ER PPC shooting at the from.  A lot of people like to run an ER LL here instead, and I think this is a big mistake.  The Blackjack is a hit-and-run ‘Mech, and it can be difficult to get the beam on target when you peek.  Also, lasers are basically a giant, glowing tracer back to your ‘Mech.  You don’t want this.  I really like the Gauss more for this role, but then I feel your brawling ability suffers far too much.  Doubling up on the PPCs seems obvious, but you can’t really sink the heat effectively, and corners you can shoot around are much more common than ridges you can peek over.

The AC/20 is, by far, my favorite weapon on the Blackjack.  Most pilots seem either to not know you can run it, or don’t expect it.  This assumption is punished, and often fatally.  Even outside of the surprise factor, the AC/20 is still a very solid choice.  When running the different sniping combinations, I found that even with 3 ML backup (the most common set of backup weapons for the BJ-1) was often far too weak to deter any ‘Mech from brawling with you.  Time after time I would get forced into a brawl and just get plowed when I had 3 ML.  The AC/20 solves this problem beautifully, and with your arms/profile can even be used while poptart-sniping, often to hilarious  results (seriously, 30 damage to one hit location every time you peek either scares off or forces a lot of ‘Mechs to overextend and rush you).

Why does the AC/20 work so much better than the 3 MLs?  It’s more damage, and more importantly, it’s significantly more precision damage.  The scattered energy hardpoints on the BJ-1 make it hard to converge their damage easily.  On top of that, the AC/20 combos nicely with the ER PPC for poptart sniping, as mentioned before.

TAG is probably a choice that raises some eyebrows, but hear me out.  If you still need Cbills/EXP, there is no better option, let alone for the tonnage/heat.  This is a great help in leveling quickly and saving cash for your next purchases.  Even without that, however, the TAG is surprisingly useful, both in premades and pugs.  In the former their use is obvious, so I will touch on the latter use case instead.  TAGs serve as a great way to “call targets” in pugs, as any pug running LRMs will gleefully  spam them at a TAG’d target.  This visual barrage tends to make the rest of the pugs pay attention and volley in.  Further, it fits your natural role as a scout/harasser.  In particular, it makes you a scary combatant to accompany a light lance, which I’ll get into later. 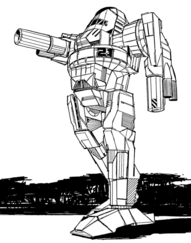 And you do look terrifying.

Yes, I skimp on armor.  While an often looked-down upon choice, I feel that it almost needs to be done on the Blackjack in order to save tonnage (and you need ever bit of spare tonnage you can afford).  Between your speed, jump jets and the fact that you shouldn’t be a frequent brawler, headshots are exceedingly rare (I’ve only been killed by a headshot once since skimping on it).  One pseudo-advantage of your easy-to-hit torso is that very few pilots aim for your legs, making skimping on armor there another way to conserve tonnage.  Leggings are almost as rare for a Blackjack as headshots, even with the lesser armor total.  Other than that the armor distribution should be fairly obvious – full armor everywhere with a strong emphasis to the front armor for maximum sniping survivability.  You turn/move fast enough that rear armor should not be a priority.

Your first module should always be the Seismic Sensor, without a doubt.  You really, really don’t like being snuck up on, as you really don’t have the durability or firepower to want to brawl on someone else’s terms.  Other than that, I think the general advice for modules applies well here(i.e. pick to taste but avoid the obvious stinkers).

The obvious, typical role for a ‘Mech like this is a skirmisher/harasser, and it does that job well.  The ER PPC & TAG give you all the harassment you could wish for and you’re fast enough to get away from everything you need to.  Run to flanks, take shots when you can, run away / hide if shot at.  Smack any ‘Mech dumb enough to chase you with 30 points precision damage, preferably while playing peek-a-boo around corners and ridges that hide your torso.  Further explanation of this role is done well elsewhere already, so follow these links for more information.  One important note, however – your DPS is not particularly good, especially compared to the AC 2-10 spam that is common.  So avoid the temptation to sit in an extended firefight.

My favorite role, however is to play the BJ-1 as an overgrown light in a light lance.  Obviously, your speed is lower, but with clever use of jump jets you can often keep up with the lights that don’t have them.  The point here isn’t to stick with them exactly, but rather be in close fire support range.  You’re basically that bully that hangs out with kids younger than him because no one his age wants to deal with him.  In this (admittedly narrow) niche I feel the Blackjack actually excels.  You have the ranged firepower to support their potshots quite nicely.  More importantly, however, you excel at team support and swatting enemy lights.

As many more-experienced players know, few players pay attention to where they are nearly as much when a light starts dancing around their feet.  Which in turn makes them prime targets for missiles, and of course, in this build you can spot just as well as the lights.  The TAG is really what makes it here, however, as it enables you to drastically improve the effectiveness of those missiles, and few lights really want to spare the hardpoints to mount a TAG.  Also, more than once TAG has saved my ass by getting a teammate involved in a fight I was losing.  LRM boats are basically addicts looking for their next TAG hit, abuse it!

Your ability to smack around other lights while two light lances skirmish is, as far as I’ve seen, unmatched.  Most lights operate around denying sustained DPS, which is precisely what you’re bad at anyways.  So let them circle you all you want, and hit them with 30 points of damage on a leg every time they come up in front of you.  And a lot of lights seems to like to play reckless in initial light brawls, thinking they can overheat and not get punished hard for it.  Your AC/20 will quickly correct them, especially if you leg them.  And again, the tag works wonders here as well.  It’s very useful to get swift locks on the lights and blow them away.

Most of all, have fun.  The Blackjack can be an enjoyable experience, but it is certainly not the best ‘Mech.  I hope you enjoyed my analysis of the best Blackjack build and feel free to add your thoughts in the comments below.