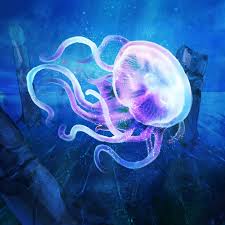 For those of you that don’t know, Echowisp is an Uterra Legendary Creature which spawns extra copies of itself when it is played. You can find its current stats here.

Generally speaking, the best time to play Echowisp is defensively. Since Echowisp has a rather obscene attack early game (6 at rank 1), it is able to defensively trade with most creatures in the metagame. In particular, it is quite threatening at rank 1, where very, very few viable creatures have more than 6 health. This allows you to trade with a creature of your opponent rather easily, and still have a threatening creature to pressure your opponent in return.

This high attack is what, in turn, allows the Echowisp to generate high amounts of offensive pressure, instantly switching the momentum of a game in a reliable and common fashion.

Unlike many other defensive cards, however, Echowisp is still a fantastic play offensively. It puts an incredible amount of pressure on an opponent as a first-turn play (12 damage from a single card – almost unmatched and it threatens a lot more). Because of the high amount of damage that it causes, it forces an opponent to answer it quickly. It has very few true weaknesses (Epidemic and… Epidemic rank 2&3) and combining this with its attack it often and easily generates significant card advantage.

Echowisp’s advantages don’t stop there. It has an obscene amount of cards that combo well with it, arguably more than any other card in the game. I was going to list them, but at that point I may as well just link you to a complete card list. Instead I’ll just talk about some of the worst offenders.

Buff/support cards are the first. There are way too many cards that buff the Echowisp, and that’s one of the biggest problems. Tarsus Deathweaver, Mighty Roar, Lifeblood Dryad and Uterra Packmaster are just some of the strongest. Why is this an issue? Because it’s easier for the Echowisp player to draw a support card (since there are so many) than for their opponent to draw a counter (since there are so few). This means that if the opponent does not already have their counter in hand, the Echowisp player is more likely to draw their support cards first anyways. Further, playing these cards with Echowisp is just a good idea in general, meaning that in most turns an opponent will never see a toughness 1 Echowisp to bring down with efficient removal like Epidemic. An opponent that does not have an immediate answer to even a weakly-supported Echowisp is often far behind on synergy and card advantage.

Cards that benefit from extra “plays” are next, and although weaker, are still significant. Cards that require you to lose a creature (Corpse Crawler, Grave Pact, etc) love the free creature that Echowisp provides. There are also plenty of force multiplier creatures that just love Echowisp as well – Battle Techtician and Lifeblood Dryad, for example. Not to mention creatures that benefit from filled lanes – Rageborn Hellion, Spring Dryad and Lifeblood Dryad (again) to name a few.

There are many counter-arguments to the theory that Echowisp is too strong. However, I think that they have grown weaker over time (and some of them were weak from the start) and that Echowisp needs a serious look.

But it’s a Legendary!

Yes, it is. But that doesn’t justify a card being overpowered, or a great play nearly all the time. A card’s rarity is a justification for it being complicated, or for it being strong – not overpowered. Further, even Legendary cards should not be nearly always a great play without weaknesses. Look at the Legendaries that generate similar effects and card advantage. Zimus the Undying, for example, is a pretty awful play at rank 1, arguably being weaker than a single of the two Echowisps as he doesn’t even trade with one of the frequent toughness 6 creatures at rank 1, let alone two of them. Lyria similarly is an awful play at rank 1 as she is unable to trade with the popular 5/5 and 4/6 creatures in the current metagame. And even then, she’s arguably a weaker play at every tier. She’s unlikely to get a strong enough creature to make up for her smaller frame at rank 2, and at rank 3 she generally gets a lot of refuse creatures. Echowisp is more reliable and also is not stuck with random placement.

Almost every Legendary has a significant drawback, or a rank that it is a very weak or dead play. Echowisp lacks this disadvantage. It is a very strong play in both rank 1 and 2, and potentially game-winning in rank 3. In every rank it provides easy, reliable card advantage.
Further, Legendaries shouldn’t simply be straight better versions of commons/uncommons. This is both boring for players and bad for game health as it creates a mentality of “pay to win” when competitive decks just spam Legendaries as hard as they can. Right now, Echowisp completely overshadows Ether Hounds. Yes, Ether Hounds now does have a tiny niche in that it can be played in any two lanes. But let’s be honest, no one is ever considering running Ether Hounds if they have Echowisp. We won’t even talk about Hunting Pack.

But there are plenty of ways to trade 1:1 with it!

Yes, there are. Magma Hound, Ether Hounds, two creatures with Toughness greater than Echowisp’s. You could probably go on like this awhile. But the fact that you are even making the argument simply proves my point. Why? Because instead of discussing how to take advantage of Echowisp being played, your argument is how to stop yourself from losing even more. You’re not looking at how to shift the game to your advantage, as what you likely do nearly every other time an opponent plays a card in general. Instead, you’re admitting that playing Echowisp has gained that player an instant advantage, nearly regardless of what you have played so far. This is a problem. It is incredibly reliable at generating both card advantage and tempo for a player and is especially punishing if the opponent lacks a response that next turn. Drew both of your Epidemics the previous turn? Good luck! Instant card advantage and tempo for your opponent.

But you can play around it!

Also correct. You can technically play all of your creatures in lanes 1, 3, and 5 to mitigate its effects, kind of (since you still have to stop a high-attack creature that will mulch most defenders). Except this doesn’t really work in the long run, nor is it reliable. The Echowisp’s very strong attack again plays a factor here, punishing you if you don’t respond to it quickly. If you can’t fish for a mass removal (and only Epidemic, Static Shock, and a few other cards at rank 1 can pull this off) you are forced to throw something away, generating a thoughtless 2:1 card advantage for your opponent.

Further, this automatically neuters all of the cards that rely on adjacency in order to function (Flamestroke Shaman, Alloyin General, etc) and drastically reduces the power of Mobility as suddenly moving into lanes 2 and 4 is generally a bad play. This is rather convenient, as Uterra is quite lacking in quality Mobility creatures in the first place, making just the threat of Echowisp help to cover this weakness.

Okay, so what do we do about this? I still like the flavor of the Echowisp, and I think that its general role should be unchanged. The problem of early tempo and card advantage can be covered by dropping its attack by 1 (so it’s a 5/1 instead) at rank 1. It’s a small adjustment, but it means that you have to play other cards to get it to trade 2:1 with the 6-health creatures. It still puts out a lot of offensive pressure, but instead of a card you just play blind you have to either support it or make sure it’s not blocked by a 6-health.

Next, I’d lower its health to 1 at all ranks. If cards like Epidemic are supposed to be the “counter” to Echowisp, then it should actually counter it. Plus, it’s a friggin’ ball of glitter. Has that every screamed “I’m as tough as a block of steel and stone” to you? I thought not.

Another idea I’ve tossed around is what to do to make it have more “character”. A lot of people have the idea that Legendaries should be reasonably strong, but have unique/complicated effects that more common cards do not. I’m not sure that I agree with that in every case, but if we wanted to take that path with Echowisp, I’d suggest simply making it spawn in random lanes (and getting rid of 1 of the 2 changes above). This, in some cases, make it better, as you cannot play around it like the current Echowisp, but make it a much more risky play, which it currently needs for balance. This also keeps its endgame power the same, allowing some actual though to be put into playing the card (i.e. do I risk a bad early Echowisp to get a powerhouse endgame card?).

Thanks for reading, and feel free to bring constructive comments to the discussion.