Are you looking at Dawn of Titans?  It’s a fantastic new strategy mobile game from Natural Motion Games.  Want to get a head start on your enemies?  Well here is my Dawn of Titans quickstart guide.

As part of the tutorial process, you will get a random Titan.  You are looking for a Titan here that is of Guardian class.  If you are looking to get off to as competitive of a start as possible, I would highly suggest you create new accounts until you get a Titan of the Guardian class, as this process should only take you a few minutes and a Guardian Titan is crucial in your resource preservation.

Once you’ve gotten your titan, you should buckle in for a few hours of play.  Dawn of Titans uses power stones for currency to begin battles, and these power stones recharge over time.  To start, you are going to be given far more power stones than your capacity, so you won’t recharge any power stones.  In order to start taking advantage of your power stones, you should quest as much as possible (preferably down to 0 power stones).

Once you hit level 4, you will be able to start attacking other players and join an Alliance.  This is actually crucial for your resource generation, and you should begin doing so as soon as possible.  Other players’ lands and garrisons will often given you more resources per portal stone you expend.  On top of this, you will gain prestige, which will help your alliance in the rankings.  The better your alliance ranks, the more bonus items and gems you get per season, so try to make sure you join an active alliance!

There are no special requirements to unlock upgrading your Castle to level 4, only gold. 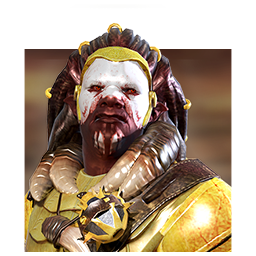 The Grenadiers will, hands down, change your game.  They do an explosive amount of damage and absolutely slaughter the basic units (Militia/Archers/Spearmen).  However, they extremely vulnerable to melee attacks.  They are significantly worse than Archers (yes, I didn’t realize that was possible either).

You unlock them by upgrading your Castle to level 6.  You must also have a level 4 Garrison, level 3 Army Camp, level 2 Food Reserve, and level 2 Gold Reserve.  The first two are buildings that you’re going to want to upgrade anyways – the Garrison makes you harder to attack, and the Army Camp increases the number of battle slots you have for troops as well as how many troops you can have in total.  In my opinion the Reserve buildings aren’t useful but unfortunately they’re required.

And that wraps up the Dawn of Titans quickstart guide.  Let me know how it works for you in the comments below!